4 of our lovely colleagues at http://www.amycleaning.co.uk/ will be participating in the Cancer Research UK Race For Life event in Regent’s Park on 1st June. We aim to raise £300! Please support us – every penny counts!

Cancer Research UK’s Race for Life is a series of 5K or 10K women-only fundraising events which are raising money for research to help beat all 200 types of cancer sooner.

Events like Race for Life are vital in funding Cancer Research UK’s life-saving work into preventing, diagnosing and treating cancer. By sponsoring us, we can unite and create a force that cancer can’t ignore.

Even the smallest donation can make a difference in the future! Go to our sponsorship page or come along on 1st June to support Race for Life!

Domestic cleaning has been one of the oldest jobs in history; a task usually done by the women in the household.

Just before the “housework revolution” in late 19th Century and early 20th Century, domestic cleaning was a harsh physical task.

The job of bringing water from the pump was exhausting by itself and it needed to be done at least 8 or 10 times a day, so families could have enough water for any household tasks, from cleaning to cooking.

The smoke from coal or wood burning stoves would make walls black and leave carpets full of dirt and debris. So, on a daily basis, all walls and floors and windows had to be washed and scrubbed.

Before the invention of washing machines, doing the laundry was the “monster” task; one that all housewives would hate the most. Clothes needed to be soaked the day before, boiled, starched, rinsed… Homemade lye soap was used, which would irritate women’s hands considerably.

Hard and exhausting domestic cleaning chores started to see light at the end of 19th Century. Do you know that the carpet sweeper was invented in the 1880s? and the mop in 1893? The electric iron was invented in 1903 and the electric vacuum cleaner in 1907. The use of these appliances didn’t extended to all households at the beginning, being only rich families the ones enjoying the improvements. It wasn’t until 1920s and 1930s, when the use of these commodities started to spread, that we could talk about a real revolution in domestic cleaning.

What do you think? Have you find a new love in your washing machine after reading this article? Our favorite Chinese tradition for the New Year has to be house cleaning. Before the New Year’s Day Chinese consider it very important to give their home a good clean, so they get rid of any bad luck from the previous year. It is like sweeping away any mistakes or bad things that happened on the old days and start fresh with new hopes for the next year.

I suppose it is quite therapeutic; and for those who don’t like the hard chore of cleaning their homes, read on!

For the following few days after New Year’s Day you will need to keep all brooms and brushes away and not clean at all. If you do clean you will be sweeping away the good luck of the new year. So after the hard work you get to enjoy the party with family and friends!

Interested to know more about the Chinese New Year? Check this web http://www.familyculture.com/holidays/chinese_new_year.htm    for more traditions.

We have been bombarded with news about the London riots for over four days now. I think we were all shocked to see how easy it was to get these riots organized through the social media (that is, facebook and twitter) or so they claim.

Today I am amazed at how quickly people have organized themselves to counteract the effects of the riots. There is a website called www.riotcleanup.com where you can help to clean different areas that have been affected by the riots, with regular updates on their facebook and twitter pages.

Here at www.amycleaning.co.uk, we love clean up… and we love altruism. So our thumbs up for all those people that are voluntarily joining the “clean up” teams to get UK cities back to normal! All of us at Amy Cleaning would like to take this opportunity to wish Merry Christmas and a Happy New Year to the ever growing team of our cleaners, loyal clients and readers of our blog. 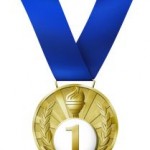 Our Best Cleaner Award this month goes to Maria Ana. She started in April and since then she has been doing an excellent job.

“Maria is absolutely fantastic – I would like to increase her hours per week please.”

“Thank you for sending Maria; she did a really good job.”

“I’m very happy with Maria’s work. She is experienced and very trustworthy.” This month Elena  is the cleaner of the month. She started in January and since then she has been doing an amazing job!

“We have concluded that we are happy with Elena, she does a good job and is very trustworthy.  We would like her to continue cleaning the flat”.

“All going very good with Elena, thanks!”

Thank you Elena for your great job!

This month Lily is the cleaner of the month. She started in January 2010 and since then she has been amazing with customers and agency!

“I’m really happy with Lily. I met her last week and she came to clean for the first time last Thursday. She did a great job and it was so nice to come home to a clean house.”

“Everything is fine, thanks. Lilly is great!”

“Lily did an excellent job today! Please pass on my thanks”

This month Guljan has been awarded with the “Best cleaner award”. She started working with us on November last year. She has always proved to be very professional, showing good knowledge of cleaning and customer care.

Some of her clients’ references:

“We are indeed very happy with Guljan – she came in today and did an excellent job again.”

“We are very happy with Guljan and the services provided.”

“Dear all,  just wanted to say that Guljan cleaned my flat last week and indeed did a very good job. I was much impressed!”

Thank you for your hard work Guljan!

Vilma is the new cleaner of the month for February at https://www.amycleaning.co.uk. She started working with us on February 2007, and since then we have not received any complain from her clients. She is an amazing person, kind and hard worker as well as a very good cleaner who care about her customers.

One of Vilma’s clients said: “very happy with Vilma thanks – she does a great job!”.

Another client said: “Everything is going really well with Vilma!”